Bentley Golf BC1 Cavity Iron Set RH 3-PW Graph Reg/Strong Reg – Irons are the most common type of club; a standard set of 14 golf clubs will usually contain between 7 and 11 irons, including wedges.

The Bentley BC1 Cavity Iron is a contemporary take on forgiving golf. The head has been designed and crafted for effortless playability no matter your level of golf. The piano black face hints at the depths of performance of this sleek and refined cavity back iron. The Bentley BC1 Cavity Irons are Hand forged In Japan from ultra premium S25C mild carbon steel delivering exceptional feel. The heads are then CNC milled to offer unrivalled consistency and performance. Coupled with handcrafted shafts made from Japanese Steel/Graphite, The Bentley BC1 Cavity Irons will leave you with an unforgettable experience with uncompromising distance control and unprecedented shot shaping ability from a cavity back iron. 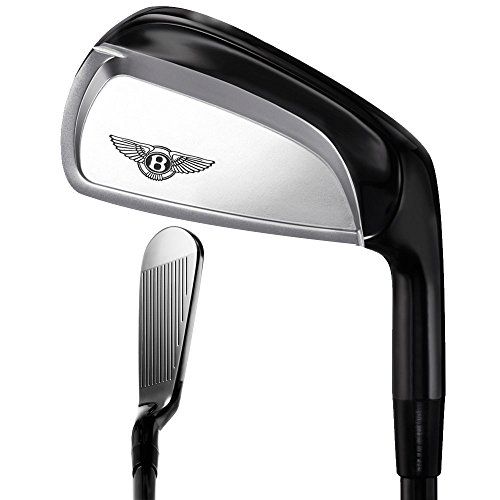