JORDAN SPIETH Signed Autographed MASTERS CHAMP UNDER ARMOUR SZ 8 SHOE. JSA If a product is unsigned or non game-used, a hologram will not be included Jordan Spieth memorabilia. 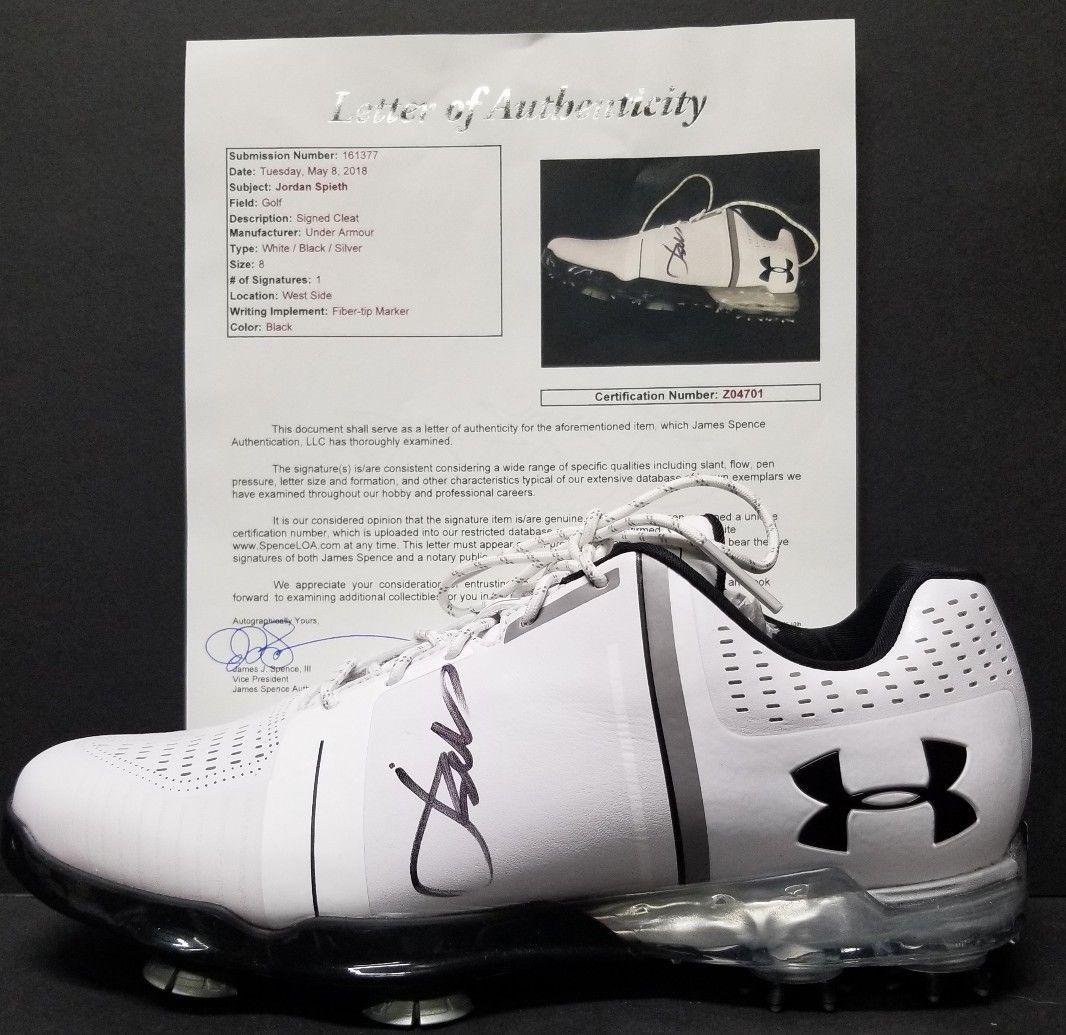