Golf prodigy Rory McIlroy is taking the golf world by storm. After winning the European Amateur in 2006, topping the World Amateur Golf Rankings in 2007, and winning his 2nd major championship at the age of 23, Rory has become one of the most collectible golfers since the emergence of Tiger Woods. Rewriting the records books, Rory became the youngest to win 2 majors since 1890 (Seve Ballesteros) joining the ranks of Jack Nicklaus and fellow Upper Deck spokesperson as the only players in PGA Tour history to win 6 events by the age of 23. As the #1 ranked golfer in the world, Rory ran away with the 2011 U.S. Open Championship scoring a tournament record 16 under par as he charged to an 8 shot victory. Later, he’d parallel that performance with another tournament record 8 shot victory, this time claiming the 2012 PGA Championship. Rory’s legacy grows with each spectacular performance and has been labeled not only the most exciting young player in golf but also one of the most collectible. Rory’s official shoe sponsor, FootJoy, provides the golf shoes he wears during each tournament. The left shoe in this pair of white FootJoy Sport shoes is autographed in black paint pen by Upper Deck exclusive spokesperson Rory McIlroy. His autograph has been authenticated by virtue of Upper Deck Authenticated’s 5 Step Authentication Process. **Ships from Manufacturer** 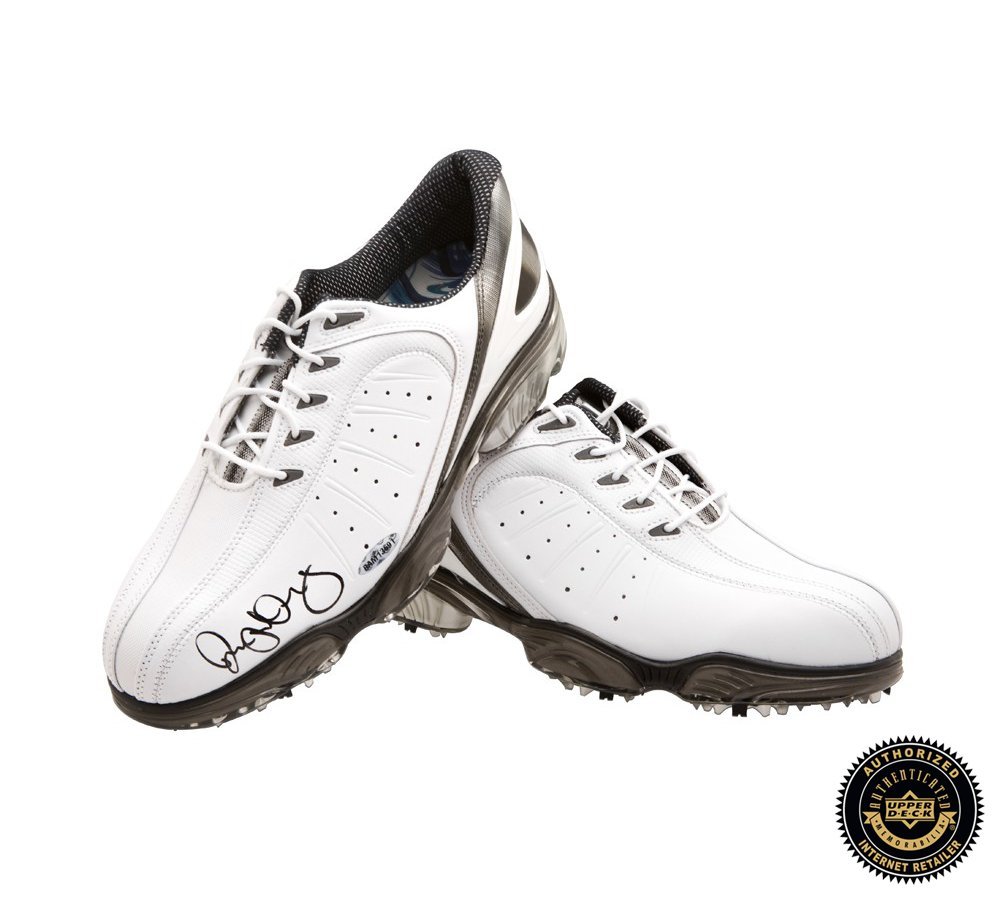