Woods has autographed the right shoe of this pair of Nike Air Zoom TW71 golf shoes in silver paint pen. His signature is deemed authentic by virtue of Upper Deck Authenticated’s Five-Step Process. Tiger Woods has always been diligent about picking the best equipment for him. His shoes are no exception. He’s currently sporting Nike Air Zoom TW71s, and it’s no secret that these have helped carry him back to competing with the best in the world every tournament. With a victory in the 2018 Tour Championship, which gave Woods the 80th PGA Tour win over his illustrious career, Woods proved that he can win again when the pressure means the most on Sunday. He’s often referred to as the greatest golf “closer” in the history of the game. The win in that tournament was his first on the PGA Tour since the 2013 season. Heading into the 2019 campaign, he owns 14 major championships, second on the all-time list behind Jack Nicklaus’ 18. Product is depicted for demonstration purposes only and is subject to change without further notice. 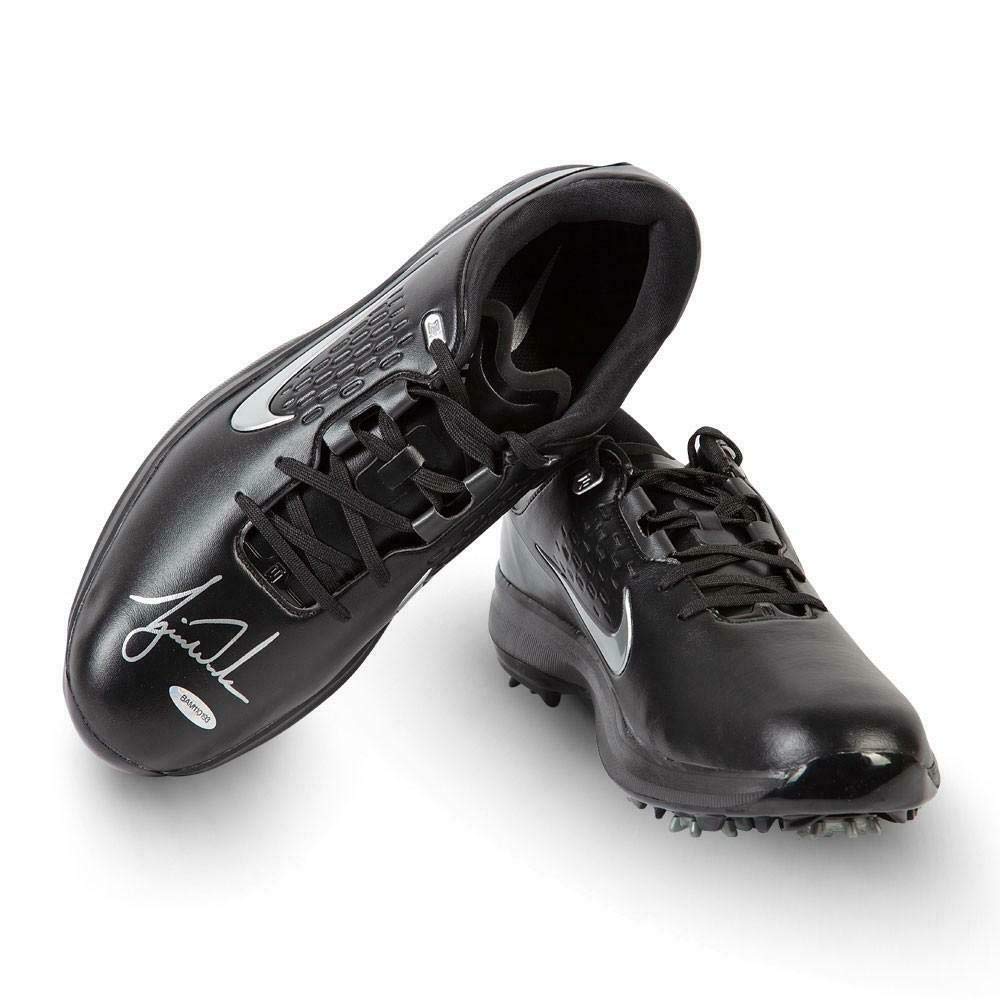