YONEX Women Royal EZONE Iron Set RH 6-PW, AW, AS, SW Graph Reg-Lady – Irons are the most common type of club; a standard set of 14 golf clubs will usually contain between 7 and 11 irons, including wedges.

Royal EZONE irons are designed to provide superior power without sacrificing feel. Every club in the Royal EZONE series has been manufactured to exacting standards to help golfers with slow swing speeds to put distance back into their game. Featuring an evolved Dual Tungsten Power (DTP) System that provides an ideal power-producing weight balance, Royal EZONE clubs allow golfers to harness the ultimate in forgiveness for exceptional power. Every club in the Royal EZONE series is packed with innovation. 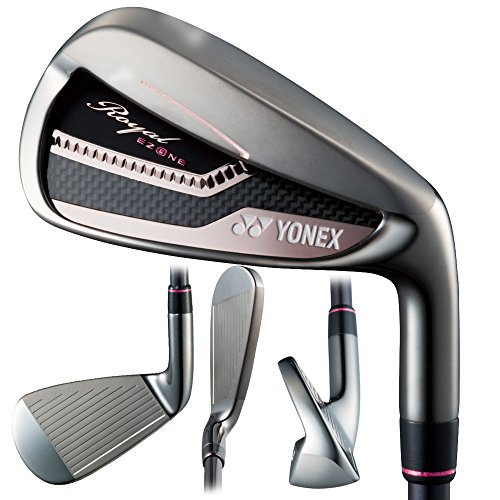